In aviation, the Big Sky Theory is that two randomly flying bodies are very unlikely to collide, as the three-dimensional space is so large relative to the bodies. Some aviation safety rules involving altimetry and navigation standards are based on this concept. It does not apply (or applies less) when aircraft are flying along specific narrow routes, such as an airport traffic pattern or jet airway.

For the Big Sky Theory to be employed as an air traffic control strategy, the decision would need to be made that having no control is better than having positive control. That sounds pretty crazy, doesn’t it? Would you want to fly, or have friends or relatives fly, on an airplane that did not have positive control relative to the other airplanes in the airspace around it? It doesn’t really matter, because the government has decided that the Big Sky Theory does not sound like a safe, or even sane, strategy for overall Air Traffic Control (ATC). 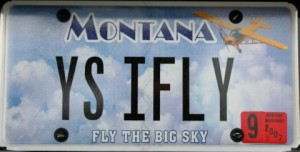 The Big Sky Theory simply relies on luck. One definition for luck is: “events that influence one’s life and are seemingly beyond one’s control”. In the case of the Big Sky Theory, it is not that events would be beyond our control, because we have the technical means to control the separation of two aircraft. At one time that was done by simply placing time and distance between aircraft. With the advent of radar two aircraft could be “seen” and maneuvered clear of each other’s flight paths. The advent of Traffic Collision Avoidance System (TCAS) equipment allowed equipped aircraft to resolve conflicts. Now we have technology that allows space-based positioning of two aircraft. Information can be displayed within an airplane that allows flight crews to see their position relative to other aircraft and maneuver accordingly even without controller input or interaction.

None of these means of ATC relies on luck. They all offer various technological means for providing control in order to minimize the chances of a mid-air collision. What is the threat of a mid-air collision? During the last ten year period of data available for the worldwide commercial airline fleet, there were 2 accidents that resulted in 154 fatalities.

We have attempted to defeat unexpected airplane upset events through technology with some success. Flight envelope protected fly-by-wire aircraft have a much better safety record with regard to LOC-I than conventionally controlled aircraft. Unfortunately we have also seen LOC-I crashes involving fly-by-wire aircraft which shows that technology alone is not the answer, and there are thousands of conventionally controlled aircraft in service and under production.

For the 1,648 passengers and flight crew on the 18 LOC-I accidents over the period from 2003-2012 luck was not enough. Comprehensive Upset Prevention and Recovery Training should be required of all Commercial Pilots worldwide. The International Civil Aviation Organization (ICAO) agrees. That is why they are recommending UPRT in actual flight for all pilots prior to receiving their Commercial License. 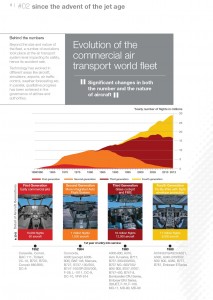