This week, APS President Paul Ransbury attended the 19th World Aviation Training Conference and Tradeshow (WATS) in Orlando, Florida. With over 30 airlines in attendance, the WATS conference is the focal point for major airline and pilot training issues worldwide. It should be no surprise that Upset Prevention and Recovery Training (UPRT) and Loss of Control In-flight (LOC-I) issues featured prominently in many of the presentations and discussions held at WATS. 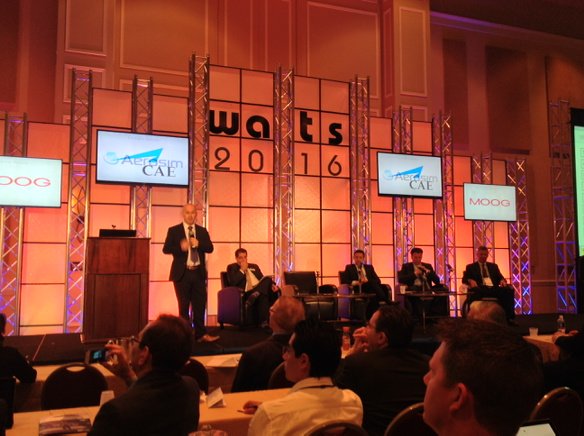 Captain David Owens, Senior Director, Flight Crew Training Policy & Captain Jean-Michel Bigarré, Head of Training for Airbus discussed the concept of a new goal for training: Resilience. While that concept is not limited only to UPRT, resilience certainly can be one result of such training.
Captain Nathalie de Ziegler, Investigating Officer, of the French Bureau d’Enquêtes et d’Analyses (BEA) looked at commonalities between two LOC-I accidents, Air France Flight 447 and Air Asia Flight 8501. Her review examined possible common factors between these two loss-of-control accidents, and provided food for thought in the design of training scenarios. Among the factors considered are the context in which both flights were conducted, event triggers, elements of surprise, status of flight controls, monitoring issues, application of SOPs, awareness of the state of energy of the aircraft, awareness of pitch, combination of pitch and roll inputs, recognition of stall symptoms and finally, training commonalities.
From the FAA, Robert Burke, Manager, Air Carrier Training Systems for the Air Transportation Division and Dr. Jeffery Schroeder, the FAA’s Chief Scientific & Technical Advisor for Flight Simulation Systems addressed the impact of upcoming stall/upset requirements in the US. Regulations in the United States stipulate that all Part 121 pilots will begin receiving upset prevention and recovery training in 2019. In 2015, the Federal Aviation Administration (FAA) published guidance to meet those regulations. Two important approvals are necessary before an operator delivers this training. First, the principal FAA inspector for that airline will have to approve the training program. Second, pilots and engineers from the National Simulator Program will have to qualify the simulator used for the training. To add consistency to these approvals, training that covers the main principles of the regulations and guidance is being provided academically and in a simulator to the personnel in both approval paths. To date, the training has been beta-tested with several FAA pilot and engineering groups. Their presentation covered the training, which was reviewed by APS VP of Flight Operations and Standards while attending ALPA Training Committee meetings held at the FAA Academy in Oklahoma City in February. 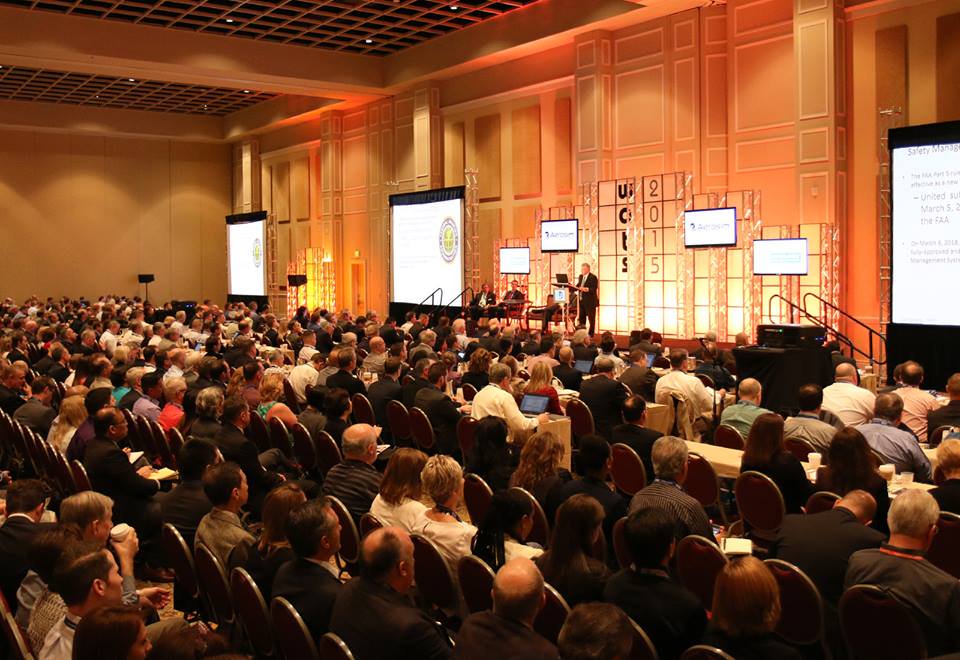 Also with the FAA, Dr. Kathy Abbott, the FAA’s Chief Scientific & Technical Scientific Advisor for Flight Deck Human Factors discussed Managing Automation or Managing Aircraft Flight Path: How Does Pilot Training Need to Evolve? Recent accidents and incidents continue to show vulnerabilities in pilot management of automated systems, with consequential flight path deviations. Dr. Abbott talked about a variety of subjects closely related to upset prevention such as automation management, when and where manual flight operations are appropriate, distinguishing between guidance and control, and pilot monitoring issues.
Finally, a Panel on “Airline UPRT Implementation Experience” was moderated by Dr. Sunjoo Advani. The session featured a panel discussion regarding the current implementation of UPRT in airlines around the globe to include Aer Lingus, Lufthansa, United and Delta Air Lines. As aviation authorities begin to introduce regulations, airlines are developing creative methods to implement UPRT. As one would expect, there are similarities and differences between the carriers; however, the common thread is to develop the best training to counter the risk of undesirable aircraft states, including LOC-I. The subject of manual flying skills in relation to airplane upset events and LOC-I was also addressed. A common theme  expressed by the airlines is the adoption of comprehensive – yet simple – effective approaches to the implementation of UPRT that minimize negative transfer of skill between the simulator and real airliner, and eliminates negative training.

It is clear that various aspects of UPRT and LOC-I were on the minds of those who attended this year’s WATS convention. APS President Paul Ransbury was in attendance gathering the latest thoughts and concepts to maintain APS on the forefront of the industry as the world leader in providing Global UPRT solutions to every segment of aviation.

We are excited to be flying again! APS is integrating best practices in safeguarding the health and security of our staff and customers in accordance with state, federal, and CDC best practices.